This page was printed from : https://fullsite.palmcoastgov.com/government/fire/honor-guard

The Palm Coast Fire Department Honor Guard recognizes the need to promote professionalism, honor and integrity. Honor Guard Members give of their service and time to honor the long standing tradition of brotherhood in the Fire Service.

Tolling of the Bell 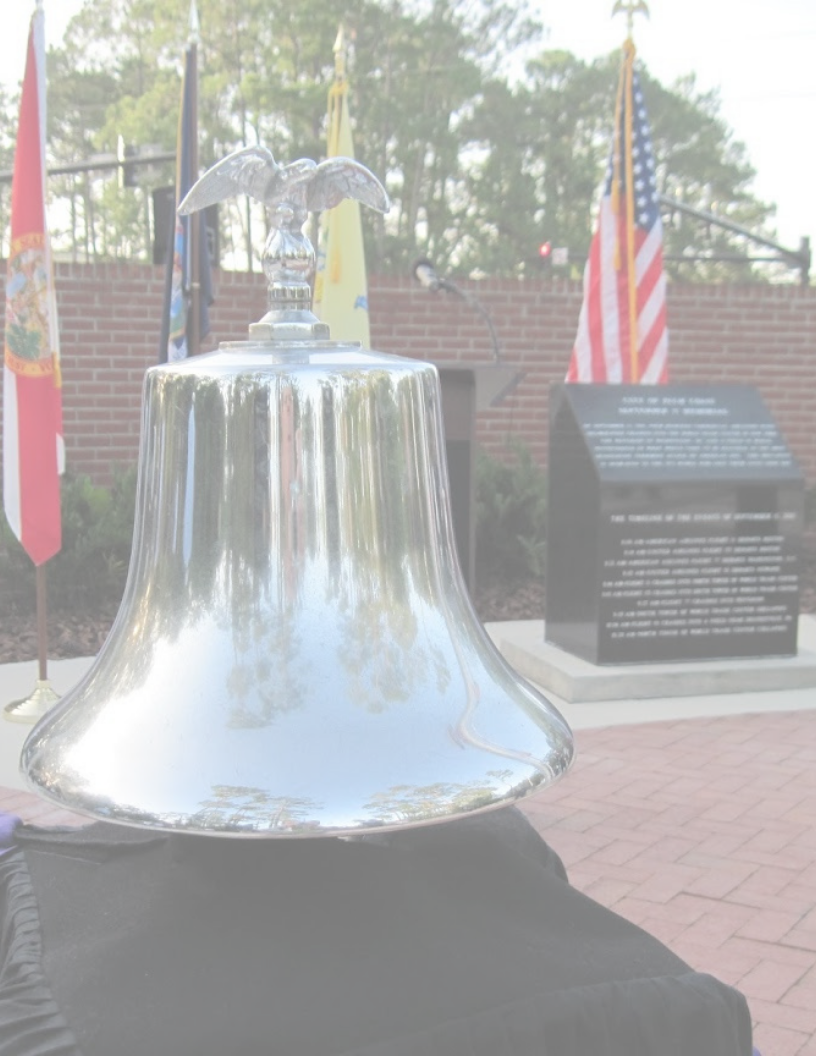 Throughout most of history, the lives of firefighters have been closely associated with the ringing of a bell. As they began their hours of duty, it was the bell that started if off.

Through the day and night, each alarm was sounded by a bell, that called them to fight fire and to place their lives in jeopardy for the good of their fellow man. And when the fire was out, and the alarm had come to an end, the bell rang three times to signal the end.

Bagpipes in the Fire Service 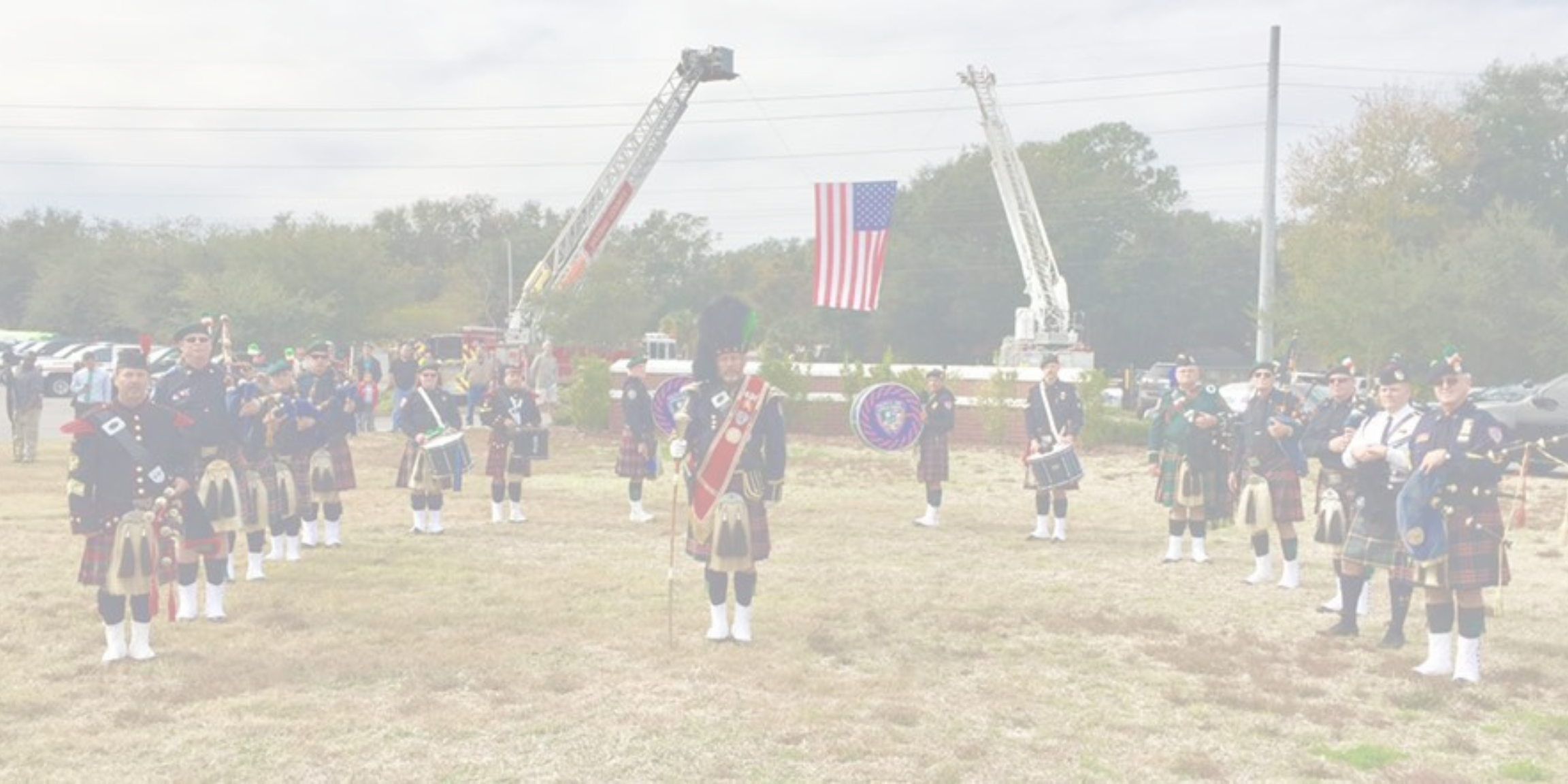 The tradition of bagpipes being played at fire department funerals in the United States goes back over one hundred and fifty years. When the Irish and Scottish immigrated to this country, they brought many of their traditions with them. One of these was the bagpipe, often played at Celtic weddings, funerals and dances.

It wasn't until the great potato famine and massive Irish immigration to the East Coast of the United States that the tradition of the pipes really took hold in fire departments. Factories and shops had signs reading "NINA" meaning No Irish Need Apply. The only jobs they could get were the ones no one else wanted -- jobs that were dirty, dangerous or both -- firefighters and police officers. It was not an uncommon event to have several firefighters killed at a working fire. The Irish firefighter's funerals were typical of all Irish funerals-the pipes were played. It was somehow okay for a hardened firefighter to cry at the sound of pipes when his dignity would not let him weep for a fallen comrade.

Those who have been to funerals when bagpipes play know how haunting and mournful the sound of the pipes can be. Before too long, families and friends of non-Irish firefighters began asking for the piper to play for these fallen heroes. The pipes add a special air and dignity to the solemn occasion.

Today, the tradition is universal and not just for the Irish or Scottish. The pipes have come to be a distinguishing feature of a fallen hero's funeral.